I know all of our prospective puppy families are waiting with baited breath - so I'll start with a mama Lychee update.  She's up to 26" around her belly and we have somewhere between 12 and 19 days to go.  We'll be doing xrays at the end of next week to get an idea of how many little whippersnappers are in there.

I promised some belly pics, but she's camera shy about her belly....so here's one I was able to sneak in while she was napping.  She says, "It's no fun being this big and full of puppies in the heat!" 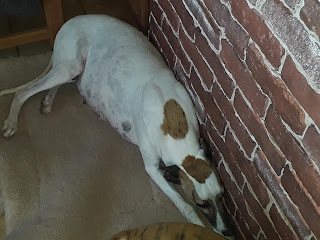 We've also gotten some fun past pupdate pics in lately, so I'll share a few of those, too!

First up, we've got Bedahlia (HT Aunt Bedelia) - doing some world class couch potato-ing after a day full of walks and snuggles: 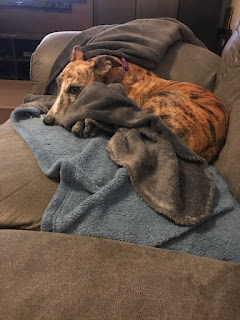 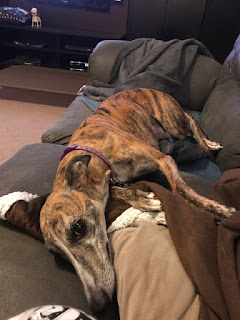 Next up, we've got Banzai (HT Andy Warhol - a full sibling to Lychee's upcoming litter), hanging out in the cool grass with his basketball: 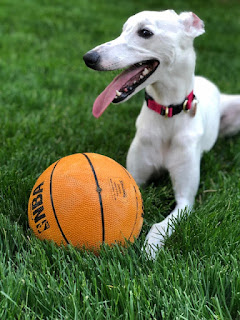 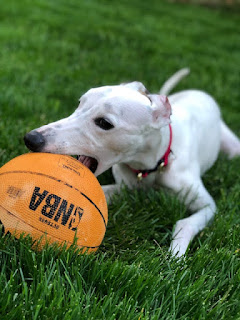 Not to be outdone, we've got a whole bunch of great shots of Luna (HT Rebel, Rebel) and her IG buddies, Nestle & Blue: 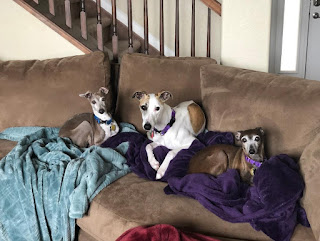 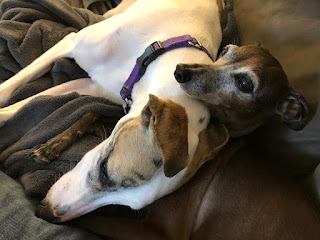 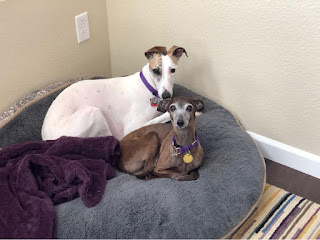 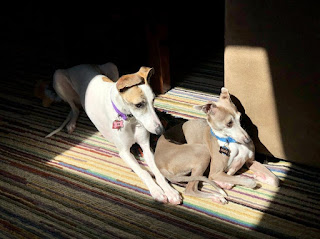 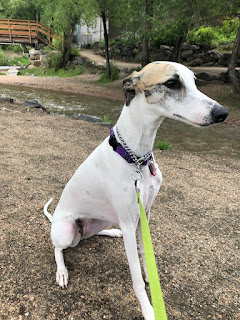 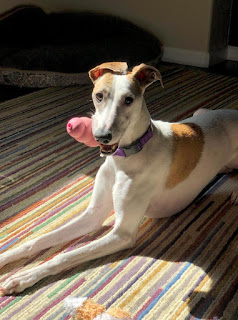 Next up, we've got Misu (HT Tiramisu Frangelico) - who continues to wrack up points and new titles.  She had a big weekend at her first agility trial and added on some obedience, as well: 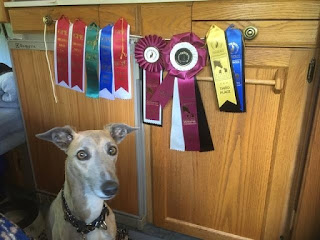 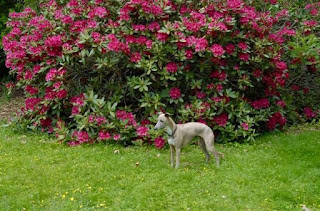 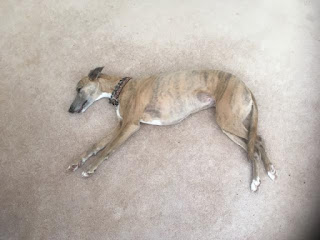 You KNOW a whippet has had a big weekend when she's too tired to even look for a soft bed!

Next up, we've got siblings Tom (HT Major Tom) and Luci (HT Diamond Dog), doing some sunbathing and some couch potato-ing: 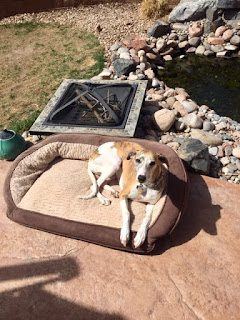 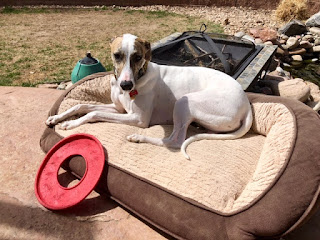 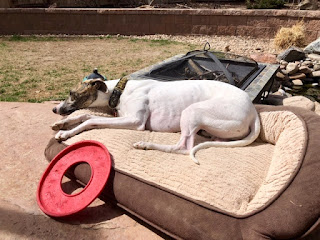 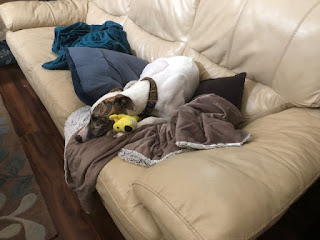 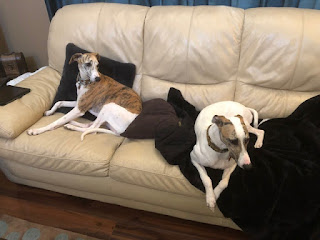