We've got eyes popping open all over the place!  :)

That means no flash photography for a little bit, to spare those sensitive, newly-opened eyes.

Brie was first, on Friday, followed by Fontina.  Everyone is at least starting to open their inner corners of their eyelids and peer at the world - except for Gorgonzola, our little hold out.

In spite of not opening her eyes yet, Zola remains the most active explorer in the group right now...trucking all over the pool and beginning to chew on her siblings some - instigating the very beginnings of play.

This morning, all the pups were beginning to try actual walking (this means they take about 1 to 3 steps before losing balance and doing a 'Captain Kirk' roll - but that doesn't stop them, they get right up and try again.)

They have also just begun to discover that their mouths are good for things other than nursing....like mouthing human fingers, and chewing on each other's limbs and heads.

The next few days should see some major jumps in development overall.  Here are pics from the last 5 days: 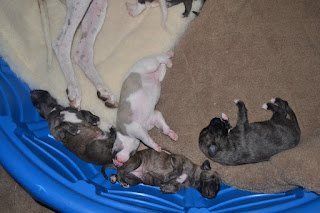 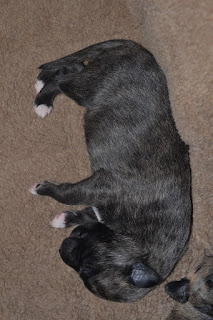 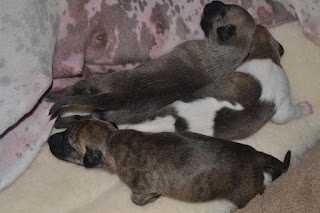 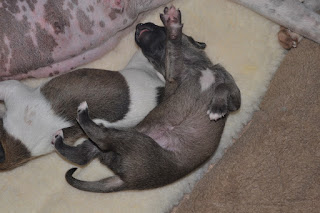 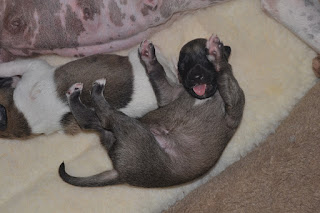 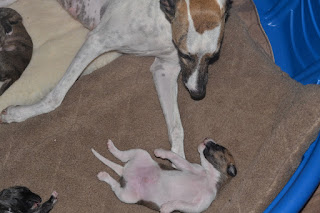 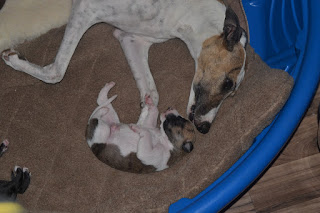 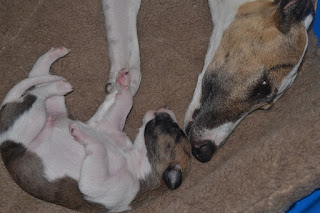 This pic shows just how close is color is staring to be to her dark red! 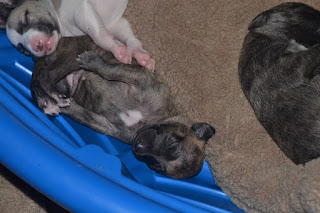 Brie and a bit of Pepper Jack & Zola 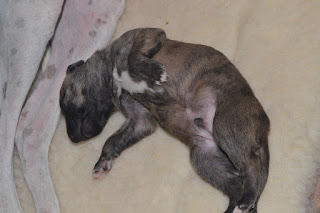 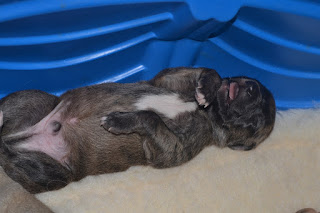 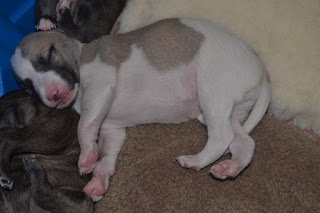 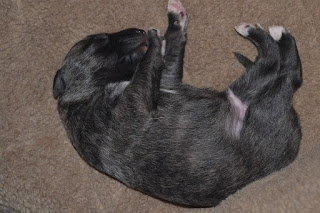 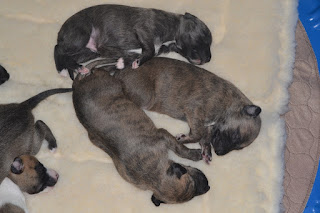 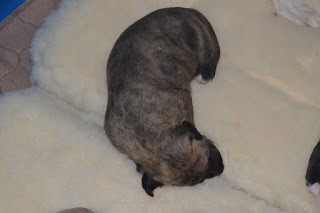 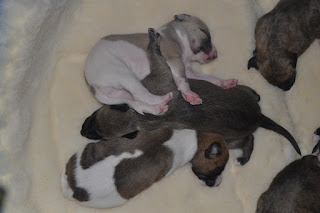 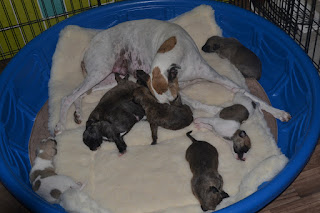 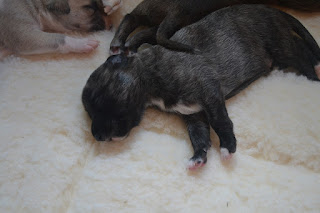 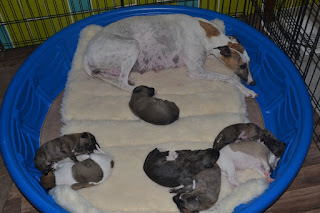 This shot really shows how big they're getting - almost everyone is more than 2 lbs now. 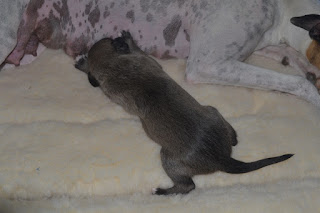 Fontina - happy to get the milkbar all to herself! 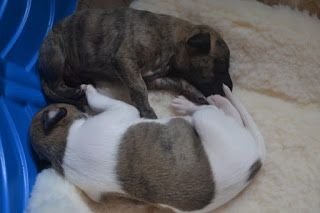 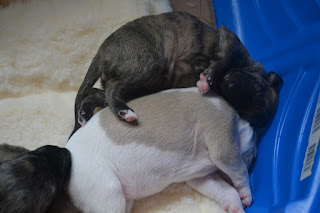 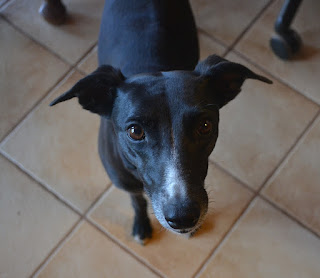 Theo says, "When will they be big enough to PLAY with me?!"

Posted by Jennifer Hime, Dog Trainer at 10:41 AM