And Even MORE pupdates!

We're finishing the month with even more great past pup pics:

First up, we've got Rowan (HT Stoli on the Rocks), who'll be celebrating his 4th birthday in July of this year - showing off his stately whippet pose: 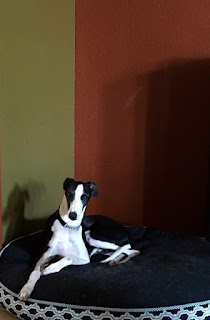 Next, we've got some great shots of Khaleesi (HT Agent Clarice Starling), and her best friend Loki.  Also one of her sporting 'the cone of shame'...seems these 6 month old pups can accident-prone, for sure! 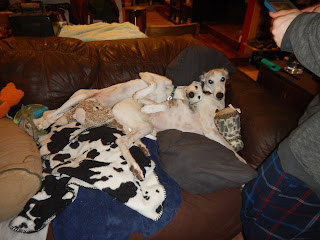 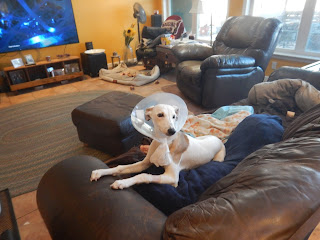 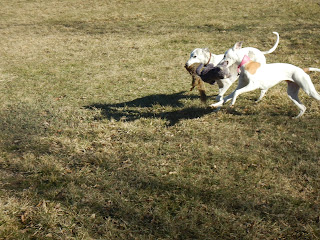 Next up, we've got Ash (HT Ashley J. Williams) and his canine buddy, Sammy and his boy-buddy, Eben: 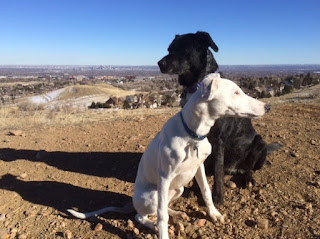 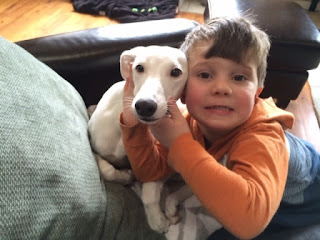 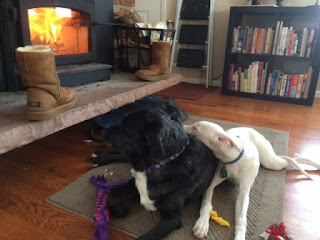 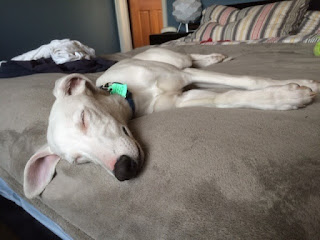 Keep 'em coming folks, we can't get over how much they've all grown and how great they look.
Posted by Jennifer Hime, Dog Trainer at 3:45 PM No comments:

Huge Congratulations go out to Misu (HT Tiramisu Frangelico) and owner/handler Linda Hornig this month for finishing yet another Rally title.  Linda & Misue started their Mid-March competition weekend off with a Perfect Score and 1st place on their first run!  They followed that up with a first place on their Level 2 run to finish their Level 2 title.  Way to go, Linda & Misu! 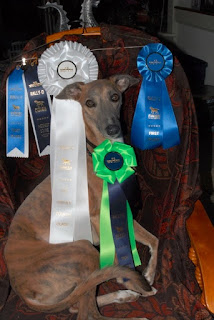 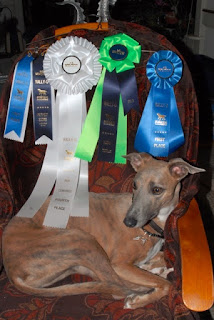 We also have gotten some more fun pupdate pics from past pups...

How about this sweet one of Bedelia (HT Aunt Bedelia), all snuggled in for a long nap: 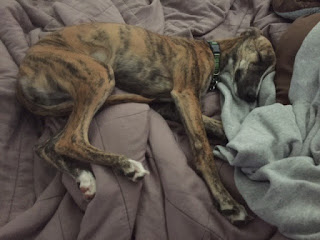 Speaking of snuggling in - Colorado had a second dose of "Snowmaggedon" on March 23rd, and we got quite a few great pics of whippets hunkering down and snuggling in against the snow and cold....

How about these great cave-bed snuggle pics of Dillon and his pups, Apoc (HT The Matrix's Apoc) and Fabs (HT Fabienne's Blueberry Pancakes):

Next up, some couch-potato-ing by Hugo (HT Hugo Drax): 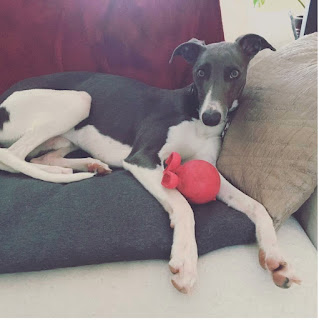 Next up, Omar & Kima know what to do during a blizzard...Sleep in! 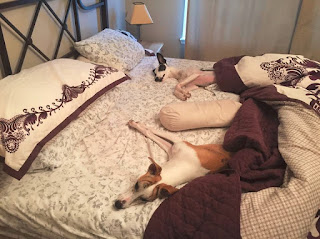 Max (HT Max Zorin), did NOT sleep in...instead, he decided to tempt fate and hang out in 'avalanche territory' (look at the top of the pic).  His owner Beth reports that sure enough, right after this pic, it fell! 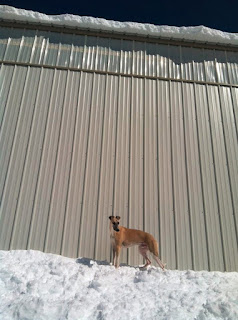 Another HT whippet that wasn't sleeping through the storm, here's Gatsby (HT Carol Anne), ripping around with her best friend, a Cane Corso Mastiff named Cafe': 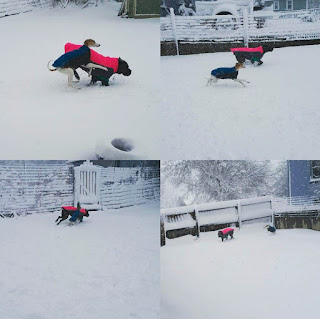 Last but not least, we've got our very own Theo (HT Theodora) - such a snow bunny, she'd play in the white stuff all day if we didn't make her take warm-up breaks every once in a while: 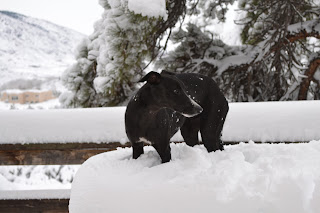 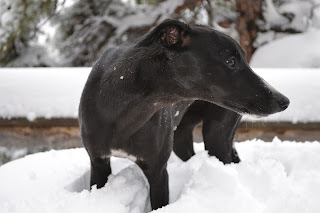 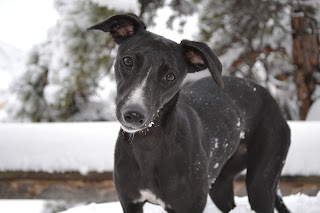 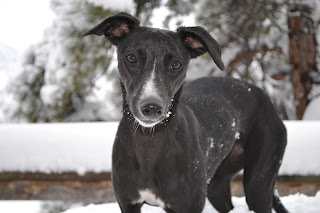 Posted by Jennifer Hime, Dog Trainer at 12:53 PM No comments: