Week Four for the YA's

We've passed the 4 week marker for the Bowie Litter, and they're mostly right on schedule.  They've moved downstairs into the living room full time, and graduated out of their baby pools into the 'big' whelping kennel (first pic below).

Halloween Jack has hit a bit of a hiccup along the way - not seeming to develop quite as quickly as the others.  He's a bit unsteady on his feet and seems to tire very quickly.  We're keeping a close eye on him to see if he improves, as well as doing some nutritional supplementation and some physical therapy exercises.  He is able to walk, and is game to play, but gets tired easily and isn't as steady on his feet as the others.  He doesn't know he's any different from his siblings, but they definitely take advantage of him sometimes!

Litter box training is well under way, as you can see from the pics, and is going well!

Feeding a raw diet to a bunch of tiny pups has been an adventure.  They're mostly still eating very finely ground chicken backs, and still nursing from mama Spicy; but they've begun to explore chewing up bigger pieces of chicken necks this week as well.  We've also introduced a bit of chicken liver, which they seem to like just fine.  They're also getting a bit of soaked, premium dog food overnight to tide them over, but they're not very interested in it - who would be, after eating yummy raw food all day? 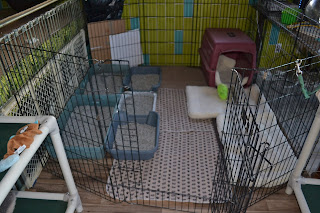 The whelping kennel set up; just before introducing the pups - it'll never be this organized/spotless again!  :) 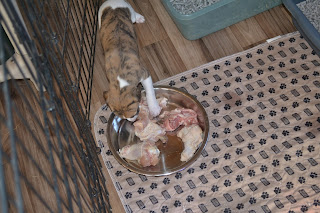 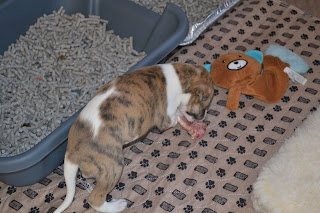 Blue Jean - always the first at everything!  First to open her eyes, first to walk, first to pull a whole chicken neck out of the bowl and start chowing down. 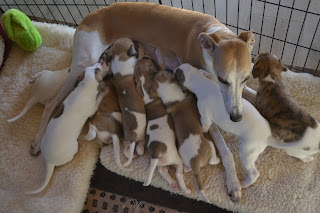 You can see just how big they've gotten - but Mama Spicy continues to be patient and nurse. 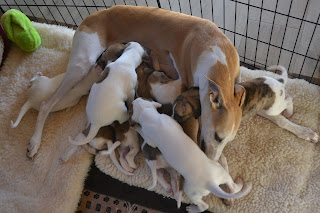 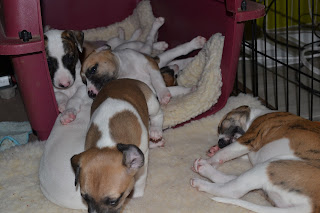 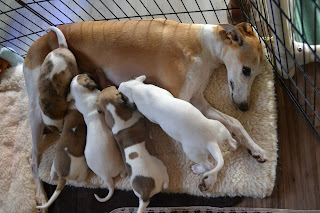 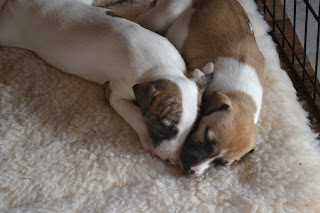 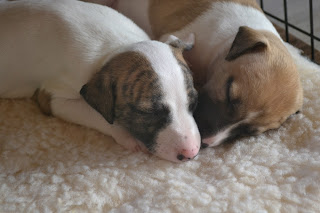 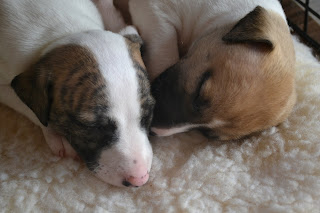 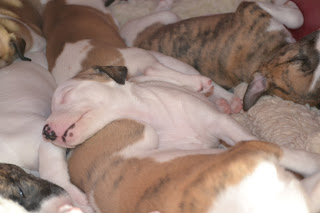 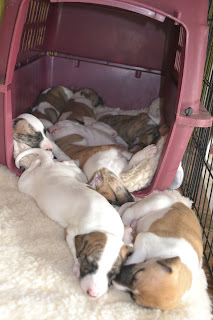 Literally pouring out of their sleepy-time crate. 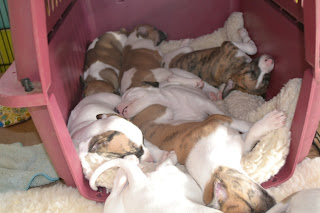 How many pups can you fit in one small crate?

And finally, we got graced with yet another breath-taking sunset last night: 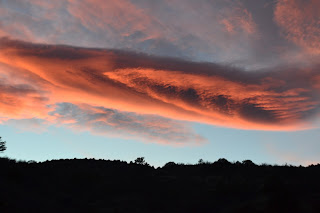 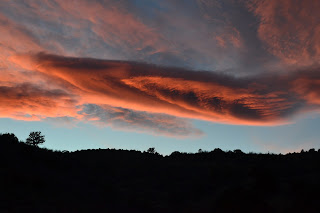 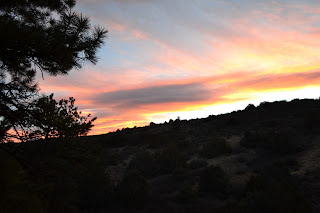 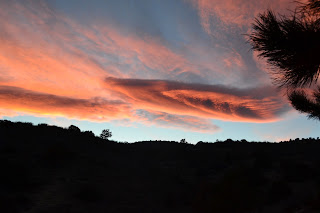 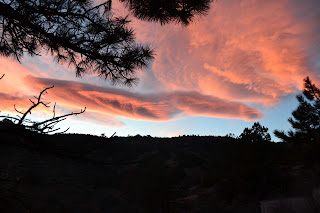 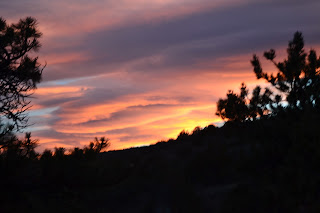 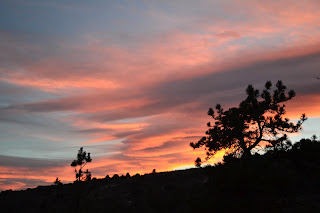