Whew! I'm behind on my blog updates due to a really busy week at work and home with the Young Americans.

They're still growing like weeds, and have had some great new experiences this week.  They did great at their first Puppy Meet & Greet last Saturday - their first time out in the big training room at Front Range K9 Academy.

And they also got their 'freedom' at home, gaining access (when supervised) to our living room.  They've enjoyed spreading out and playing, though they're still at the age where they sleep more than they're awake.  That will soon change, so we're bracing ourselves.  :)

Halloween Jack is holding his own and appears to be catching up some with his siblings.  He's got his feet under him better when trying to walk (even on our tile floors) and we're happy to see that improvement!  Plus, he's joining in with the others in lots of play, and of course lots of eating and sleeping.

Here are a few pics from the week: 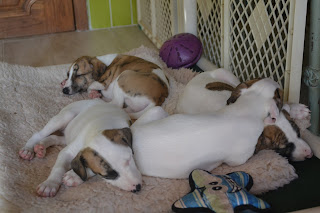 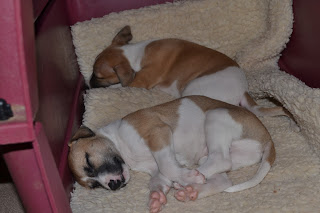 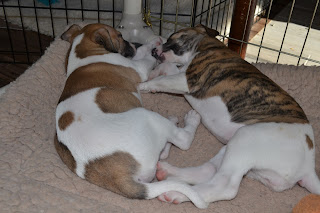 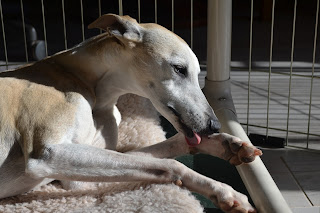 Grandpa Timmy - soaking up some warmth in a pool of sunlight....you gotta enjoy the little things. 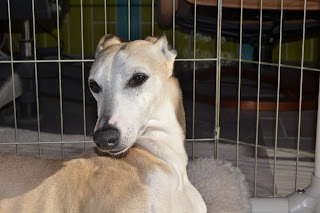 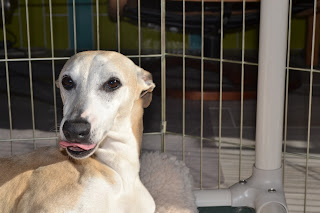 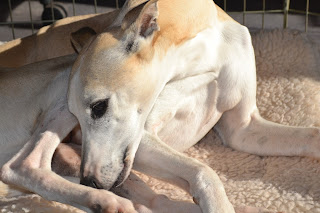 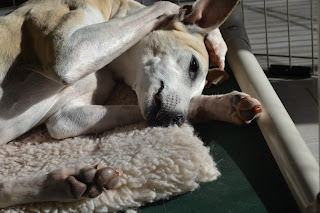 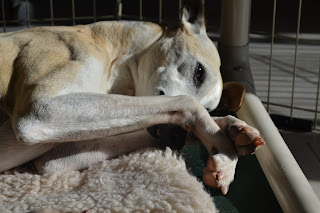 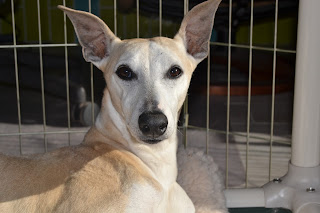 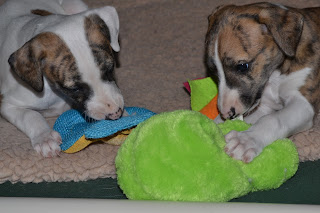 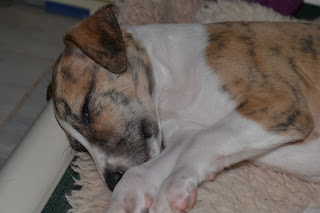 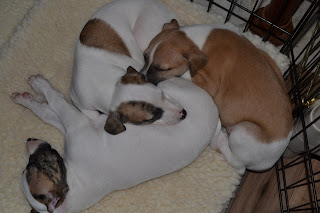 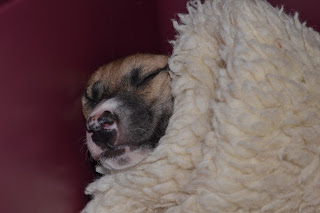 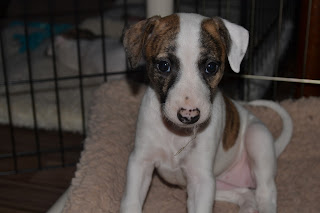 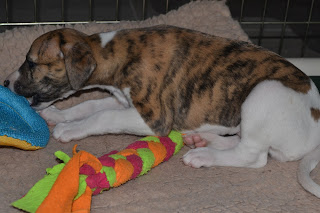 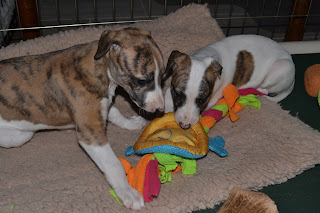 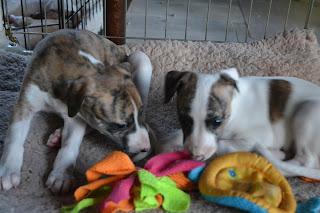 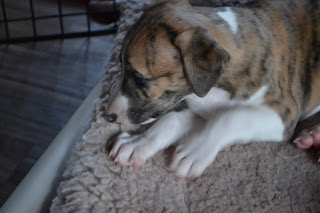 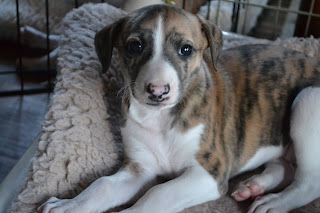 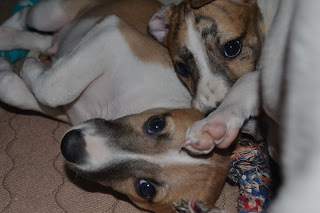 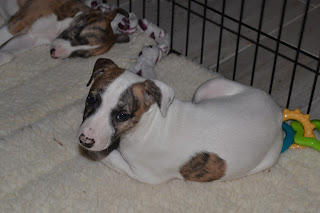 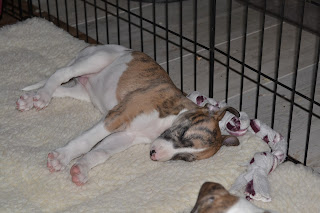 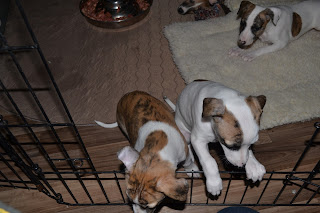 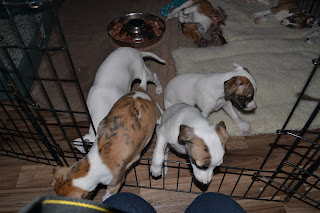 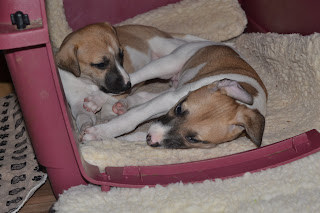 Too sleepy to join in the jailbreak - Halloween Jack & Ricochet

And some past pups:

Rowan's dad's captions were just too good not to list: 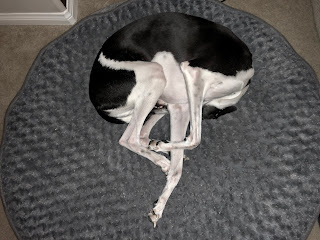 “Exhausted by its abrupt transition, the inter dimensional beast rested atop the transport dias... Something, however, did not seem right...”
OR
“The dream was always the same:  Cornered by the Dyson, a loud roar, followed by the terrible realization that cyclonic technology had claimed his head...”
OR
“Determined to support his argument, Rowan then demonstrated the manner in which the medulla oblongata and brain stem connect to the spinal cord.” 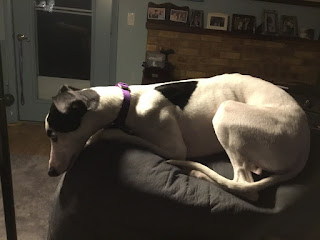