We hope everyone is staying warm and happy and safe this Holiday Season.  2015 was a big year at Horsetooth Whippets, and we're looking forward to 2016!

As usual, we've got a bunch of pics to add:

First up, great news for both E. Buzz and Becky - their Christmas presents included finding their forever homes.  We couldn't be happier for them and their new families. 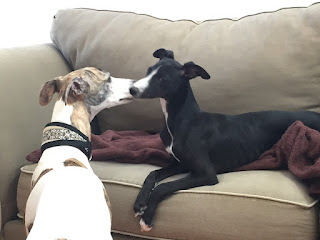 E. Buzz heads off to CA next week to live with his Uncle Wilco (Alfredo's brother) and his Aunt Waffle (Spicy's sister).  We're super excited he'll be joining their pack.  In the meantime, he's been practicing his 'adult dog snuggling skills' with Timmy: 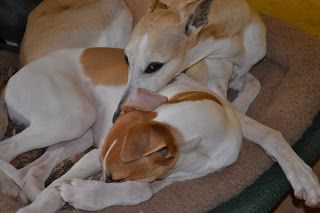 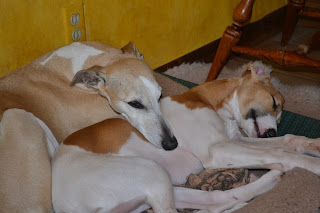 Next up, our own little Theo has also been getting the privilege of some adult snuggles.  Here she is with Polliwog: 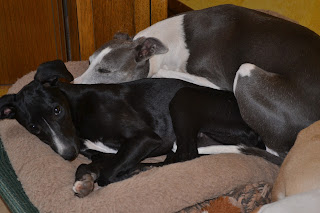 Next up, some Christmas Spirit pics of Tau (HT Tau Neutrino) and Miso (HT Xenia Onatopp): 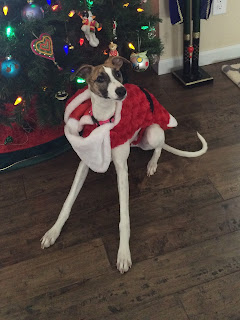 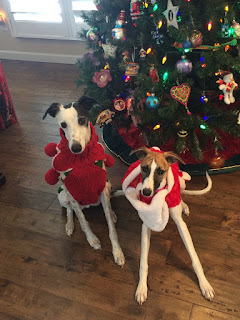 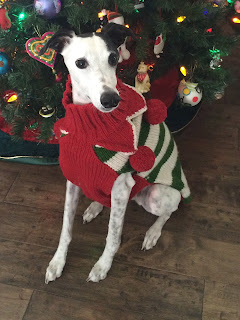 And some action shots of the same dynamic duo! 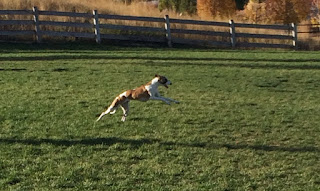 Miso looks to be taking after her mom, Lychee in the running department - do we have a racing dog on our hands? 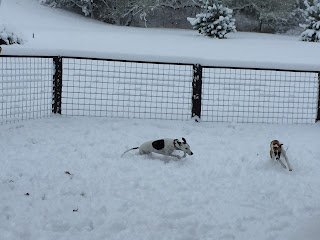 Not to be outdone - Tau clearly has mastered the 'cut off' maneuver!

Next up, we've got Upson (HT Upson Pratt), lounging with his buddy, Nikki... 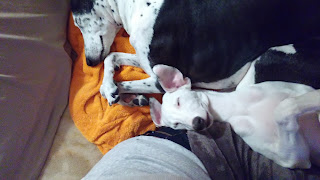 Nothing looks more comfortable than a whippet pup sleeping.  They play hard, and they sleep even harder!

How about Bedelia (HT Aunt Bedelia) and her dinosaur collection.  Apparently, at the time of this photo, she had laid claim to the giant purple dinosaur, but hadn't yet discovered the green one. 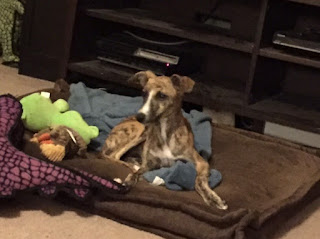 Next up, some fireside Christmas lounging with Lavender (HT Lavender Peacock) and her little buddy, MacReady (HT Lavender's MacReady)...not so little anymore... along with their older sis, Isabella: 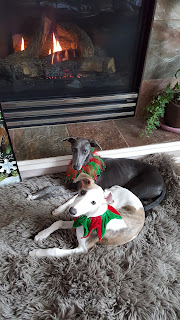 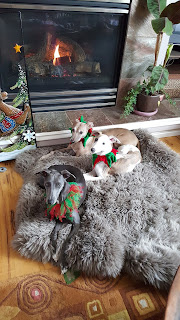 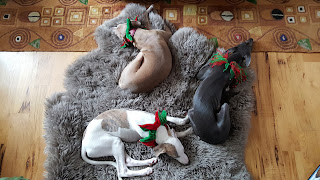 And how about some shots of Wichita (HT Wichita) in her new home.  Looks like she's fitting right in with the dogs and the kitty: 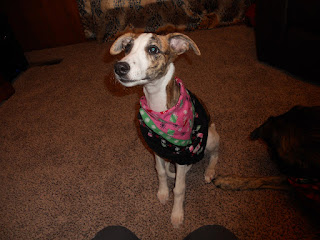 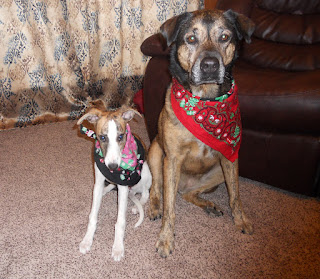 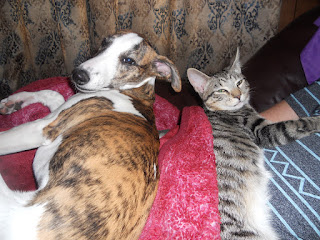 Next up, we've got little Eva (HT Little Rock), doing a great job of charming the camera: 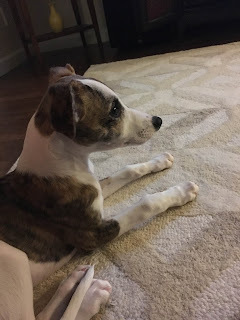 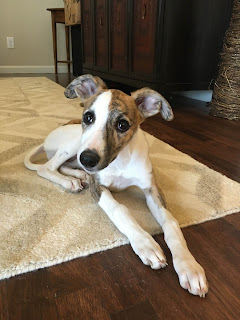 And how about Annie (HT Annie Hayworth) and her big buddy, Arrow - sharing a toy like nice siblings! 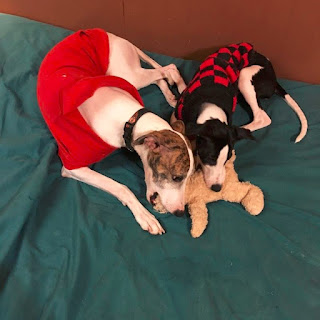 Next up, a Christmas snuggle pic I swiped from facebook -  brothers Rudy (HT Egg Drop) and Leo (HT Gellman): 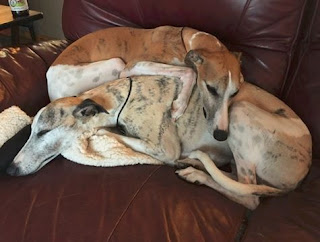 And more Christmas snuggles swiped from facebook - this time Max (HT Max Zorin) snuggles with buddy...can't tell if it's Finn or Fergus! 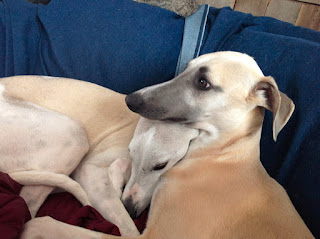 And how about "Kima Clause" and her trusty reindeer, Omar! (HT Skittles and HT Oh Henry): 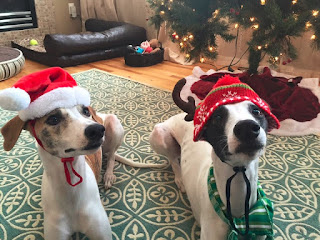 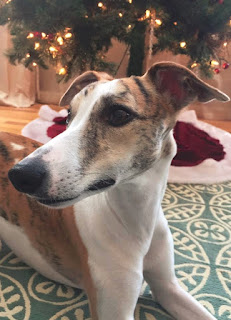 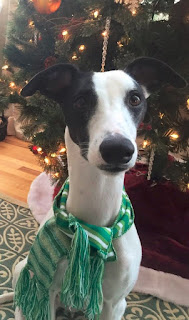 And finally, in keeping with the current Star Wars mania, we give you "Ash Vader" (HT Ashley J. Williams): 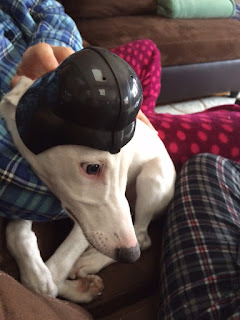 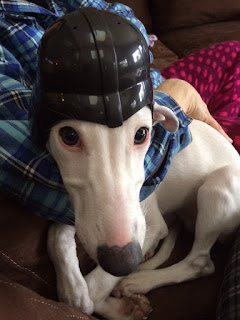 As always, a huge thanks to all of our puppy owners for keeping us updated with your pups' happenings.

Posted by Jennifer Hime, Dog Trainer at 11:07 AM