More great pictures rolling in from past puppies and Pulp Fiction litter:

First up, we have Rohan (HT Jules Winfield), who apparently should have instead been named after the dragon in the Lord of the Rings, Smaug - since he is such a hoarder of toys!  He must get this from his aunt Lychee, as she also collects toys on her beds. 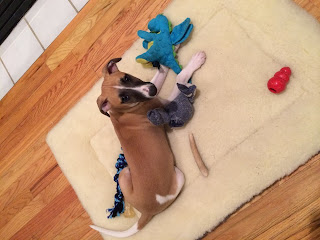 Next up, we have Hobbes (HT Voodoo Child) and Deja (HT Lupini Beanie) and their best friend, Morgan, sporting their new coats.  Who'd have thunk they'd need coats in TX?!  :) 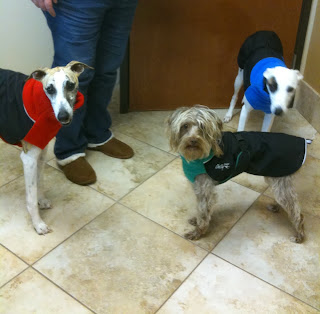 Then we have a couple of nice snuggle pics of Dunkel (HT Marsellus Wallace) and his big brother, Hefe. 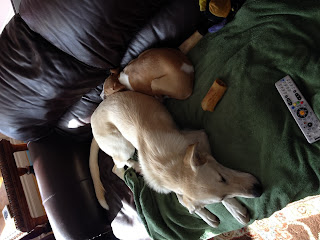 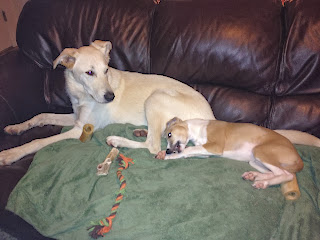 And how about Misu (HT Tiramisu Frangelico) - moving right along with the healing of her leg - harware free and having a 'ball' in the snow.  Great Christmas fashion sense on this girl, I see. 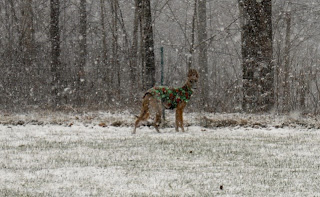 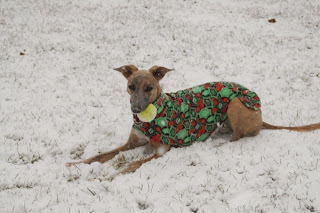 Misu was also the star of the a recent potluck dinner, doing her 'go to your place' exercise during a visit with family.  Quite the impressive 10 month old whippet puppy, she stayed on her blanket for the whole evening!  (Note to the Pulp Fiction Puppy owners - we will be learning this awesome exercise in class in a few weeks.  Yay!) 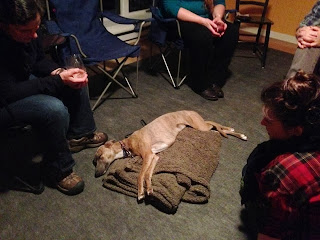 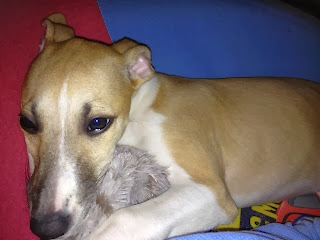 And here's a montage of Rowan (HT Stoli on the Rocks) having a blast peeking out, posing, and ripping around with his best buddy, Bebe: 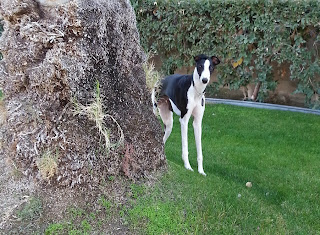 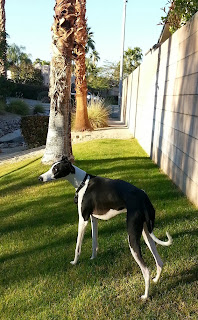 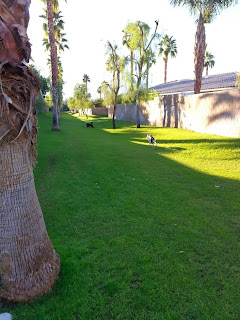 And last but never least, we have a great bunch of Esmerelda (HT Esmerelda Villalobos) hanging out with her new buddies.  (On a sad note - her family had to let their elderly greyhound, Judith,who is pictured here go to the rainbow bridge this past week, but we're glad Esmerelda got to know her sweet spirit before she passed.) 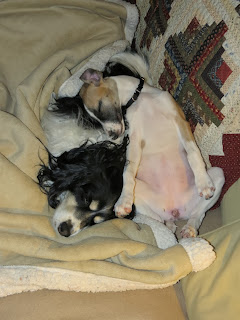 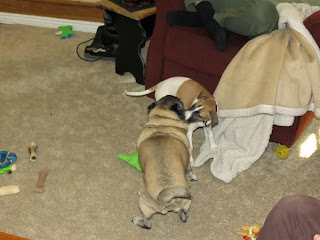 Posted by Jennifer Hime, Dog Trainer at 11:35 AM